I have been wanting to make an 'Ombre' cake for such a long time and thought Mothers day would be a great opportunity to make something awesome for Mum.
I originally found a photo on Pinterest, there are heaps of different ones if you google search 'Gradient Cake' or 'Ombre Cake'. Some are gorgeous and some... well lets just say not so gorgeous! Green is not a great colour for a cake and neither is Blue!
Pinks and violets as long as they are nice and light seem to work best.
I new it was going to be a mission and it so was! Lets just say it will be a while till I make one again!

This is the link I found on Pinterest where I first saw an ombre cake, it also has the recipes used: 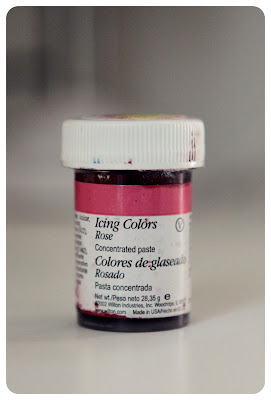 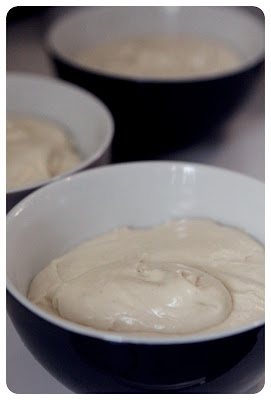 I used the same recipe that was on the original image that I found on Pinterest as it said it was a nice white cake. I also used real vanilla extract and not 'flavored essence' (worth the $8.00 investment)
I only needed the smallest amount of Wilton coloring, I also mixed it through carefully as I didn't want to over mix my cake batter.
I used 'Cake Flour' which is what the recipe calls for. We don't have this available in New Zealand so I found out how to make it. Pretty easy really, for every cup of flour that's required take out two tablespoons of flour and replace it with two table spoons of cornflour then sift sift sift!
I'm not sure why American recipes call for 'cake flour' I think our NZ flour is of better quality than the US and our high grade flour would be the same as cake flour. (Just a theory). 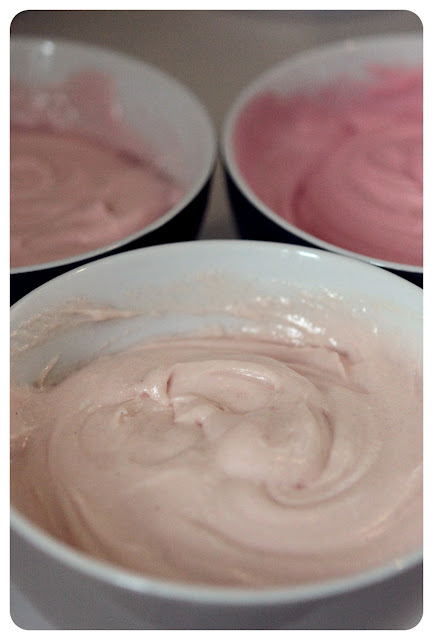 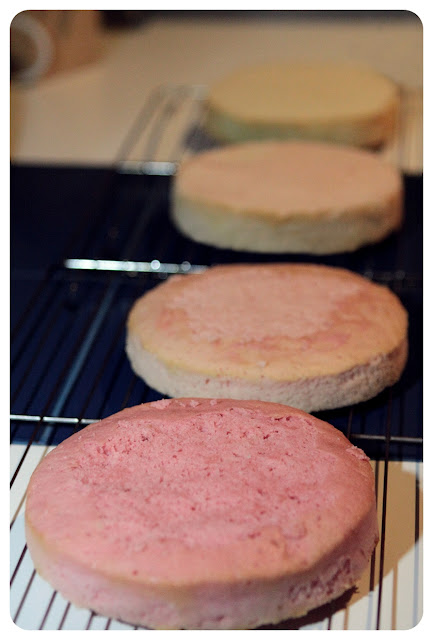 I decided to make one six inch cake (four separate layers) out of the recipe, it was just for Mum so didn't want to make it too huge. It still ended up a really good size with each layer being about an inch high.
I trimmed the slight dome shape off the top of the cakes to may them nice and even. 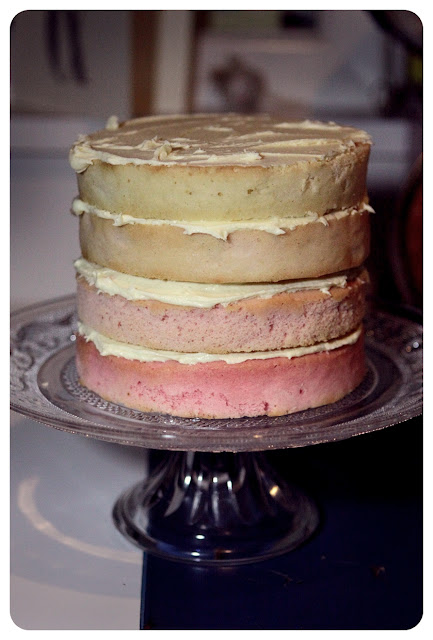 I decided to make the same white chocolate butter cream recipe that came with the cake recipe as it sounded pretty good! and oh it was! Also had real vanilla extract in it which went so well with the white chocolate taste. Unsalted butter was best for this recipe.
I put the butter-cream between each layer, I'm not sure I would do this again as it was so much icing when it came to eating it, but still really good! 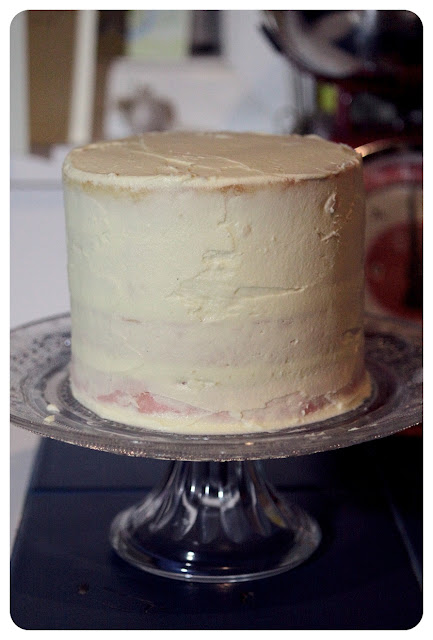 I needed to even out the cake with butter-cream before putting the rosettes on it to make the cake nice and even. I knew I wouldn't have enough icing so needed to make some more up. May have had a few too many taste tests too! 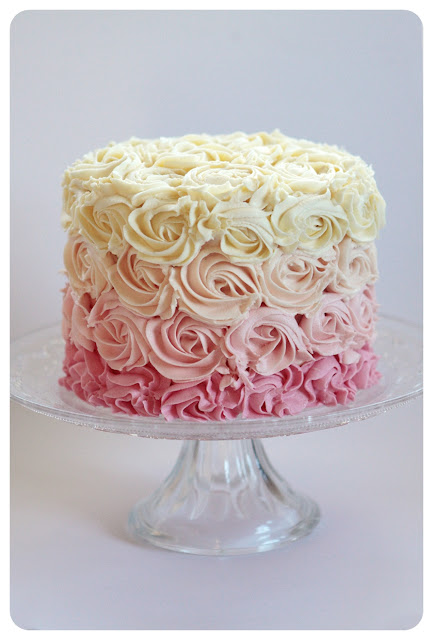 And there you have it, the finished product! I was pretty stoked with it really. The incing was not perfect but it was close enough and I was over this baking experience. Our butter here in NZ is much more naturally yellow it is impossible to get a completely white icing, but its close enough. 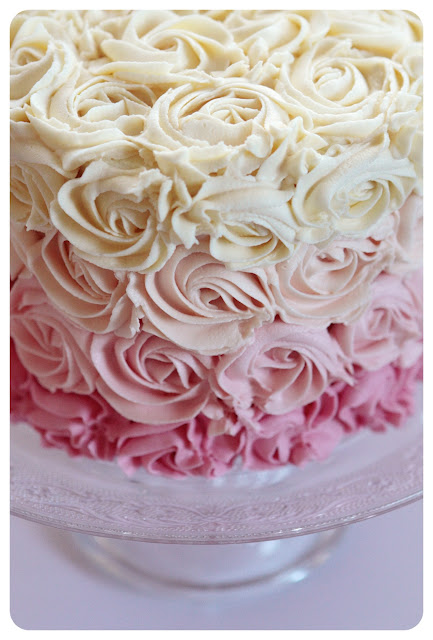 I was pretty happy with my icing coloring, I think it all blends it pretty well, a nice gradient, and now to see if the inside is a perfect match or not............. 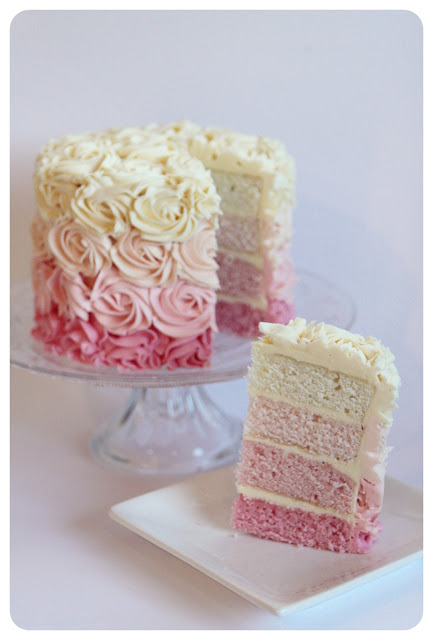 So stoked! pretty good colour match from the cake to the icing, I think this is one of the most important aspects of this cake. The outside has to match the inside. In saying that though a really cool idea for an ombre cake is to have it white and plain on the outside and then when people cut into it its a pleasant surprise! 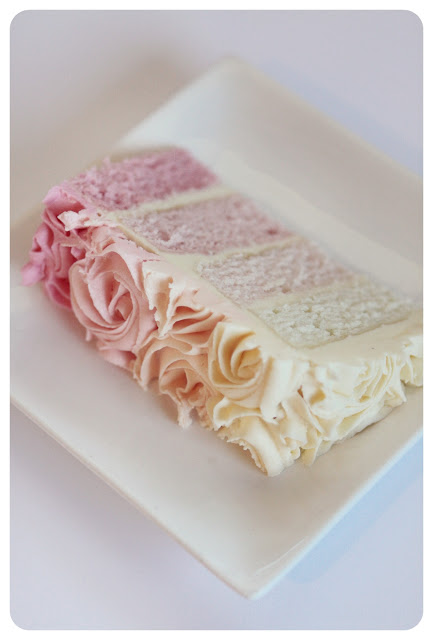 I was so happy with this cake, I just had to keep photographing it in every way that I could think of! 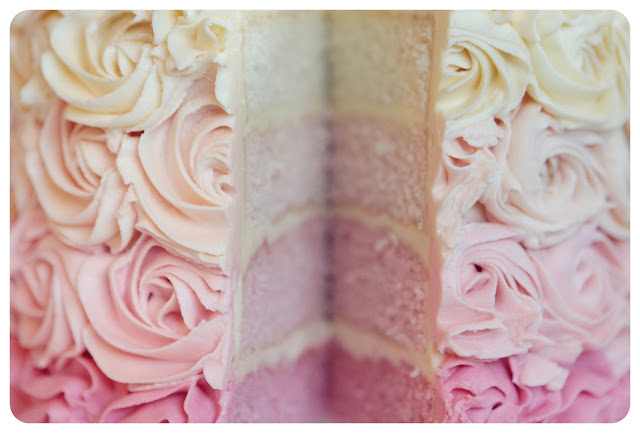 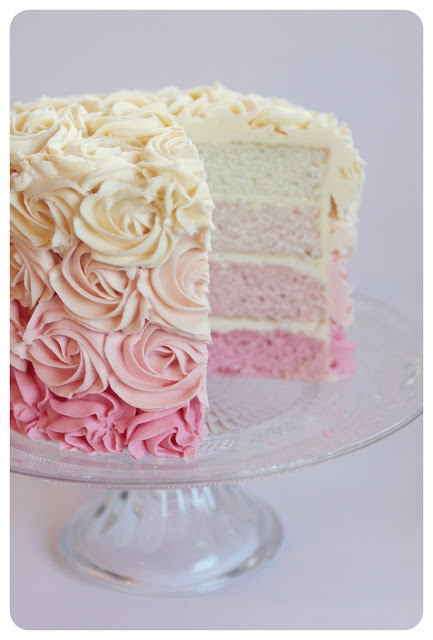 I loved the results but next time I would invest in more than one 6inch tin and also make sure I had enough icing to begin with.

And Mum loved it!

I would definitely make this again but it would have to be for a pretty special occasion or a lot of money!!!